As the debate rages on about legalizing single-game sports betting in Canada, there appears to be mounting evidence in favor of a bill that opens gambling back up in this sport-obsessed nation.

A bill to make single-game sports wagering legal in Canada was last tabled in 2012, only to be killed by the Senate in the face of significant backing from the House.

Since then, gamblers in Canada have had to parlay two or more games in any wager they have placed, and the odds available are rarely attractive.

But there is widespread support for another attempt at bringing single-game sports betting to Canada, fuelled by strong arguments that the ban is only playing into the hands of illegal, underground betting rings.

To bring the best betting markets and odds back to Canada, a new bill will need to be passed, but if one were to successfully go through, it is worth bearing in mind just how many sports in Canada are fanatically well-supported, and whose betting markets could bring fantastic benefits to the country’s economy. Looking at the markets online, Bet365 lists odds for top Canadian NHL and MLB teams, as well as NFL teams and Canadian players that feature in smaller tennis tournaments like Challengers and Futures – these would surely appeal to anyone wanting to place a bet on their home nation. 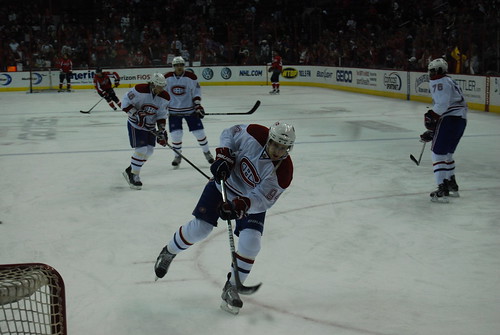 Surprisingly, despite over 600,000 Canadians being registered to play the sport, ice hockey is not the most-played sport in Canada – that title goes to golf for adults, and soccer for kids.

But make no mistake, hockey is a national obsession in Canada, as reflected in the image on the country’s five dollar bill, and the Canadian NHL teams are fanatically followed by millions across the length and breadth of the country.

The most popular team in Canada is the Montreal Canadiens, who are supported by a staggering 40 per cent of the population according to a recent poll, while the Toronto Maple Leafs are said to be the most despised team.

Online betting markets on NHL matches are a huge draw for Canadian fans, and any shift in single-game betting would surely bring about a surge in hockey bets being placed by fans across the nation.

After Ice hockey and the NHL, the most popular professional sports league in Canada is the Canadian Football League.

The CFL often dwindles in the shadow of its wealthier, more popular cousin over the border – the NFL. But take a closer look and you’ll find a thriving sports league that is growing every year.

The CFL might not have the advertising revenues and outrageous player salaries of the NFL, but the latest television deal came in at double the value of the previous deal signed by the league, back in 2013.

Likewise, the teams in the CFL are prospering, with the Edmonton Eskimos recording a $2.8million profit last year – again, double the 2013 levels they were working at.

If ever there was a sport to keep an eye on – and make a focus of your betting knowledge – then CFL might just be it.

At college level, there is a tussle for Canadian sports headlines between the aspiring stars of basketball and football, but it is often the footballers who take the limelight.

Hot prospects like Neville Gallimore, the Oklahoma defensive line, and Connecticut wide receiver Hergy Mayala, are attracting more and more sports fans to NCAA games, and that interest is only going to get bigger as the investment in youth level football continues to grow.